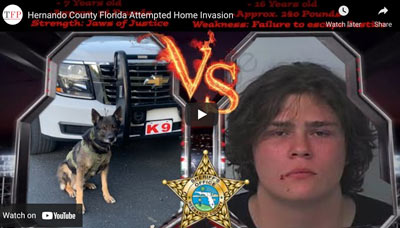 SPRING HILL, Fla. – On Monday night at 10:06 p.m., Hernando County Sheriff’s deputies responded to a residence on Moondance Circle in Spring Hill in reference to a report of an attempted home invasion.

The caller told 911 dispatchers that she observed three unknown suspects via video surveillance walking around the perimeter of her home. She further advised one of the suspects was armed with an AR-15 style rifle, while a second suspect had what appeared to be a handgun.