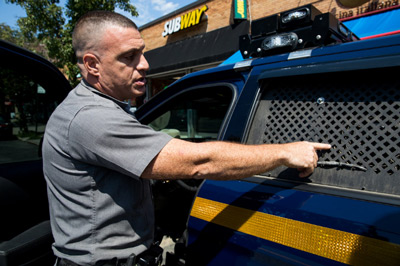 Say it’s a sweltering August afternoon and the sidewalk is hot enough to sear a New York strip. You walk by a parked cop car, and are startled by a deep bark emanating from behind the heavily tinted windows.

There’s a police dog in the vehicle. And although it’s a highly trained dog, it’s still a dog, and still susceptible to the same heat exhaustion any other animal — or person — would experience if left in a hot car.

Every year, thousands of dogs die when left in vehicles, even for as little as 15 minutes — and even in the dead of winter. If the vehicle’s cabin heats up in the sun and there’s no way to cool it down, it’s far more than a dog’s furry body can withstand.

It’s easy for tenderhearted passersby to assume the worst when confronted by this scene. But cops have put a lot of thought into keeping their four-legged partners safe. Even in blazing temperatures. 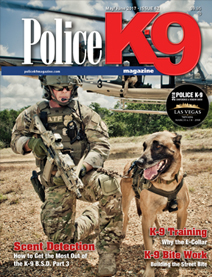