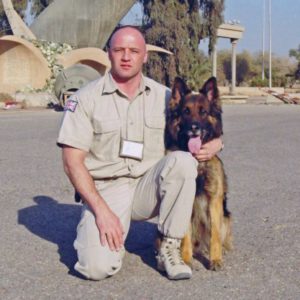 30+ years of working dog experience. 22yrs of which seen continuous canine operations in hostile environments; 8yrs directing canine programs in support of high-profile government organizations including the US Department of State and the Department of Defense in Iraq and Afghanistan

15 years of continuous canine operations in Northern Ireland deployed with the British Military Army Dog Unit, during some of the most challenging & hostile times in its history; completing many recorded operational detection tasks, against live explosive devices.

In addition Paul is the President of the Cargo Screening K9 Alliance® (CSK9), Founder/Owner K9Employment.com (Handler Recruitment Agency) & Founder/Owner of the US Canine Biathlon.

Sign Up Now
For Email Marketing you can trust.
© 2020 Largo Communications