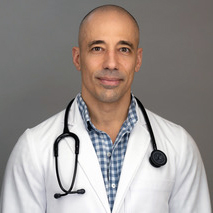 Dr. Ireifej achieved his board certification in small animal surgery by completing a three-year small animal surgery residency at LIVS (2012), and subsequently became a Diplomat for the American College of Veterinary Surgeons (DACVS). After operating for almost 10 years at LIVS, Dr. Ireifej elected for warmer weather, and transplanted to Las Vegas, Nevada in 2016.

In Las Vegas, Dr. Ireifej became a staff surgeon at Las Vegas Veterinary Specialty Center (LVVSC). In 2017, he began flying across the United States, performing surgeries at a number of emergency and specialty hospitals in need of surgical assistance. This was followed by a Chief of Surgery position at United Veterinary Specialty and Emergency in Silicon Valley, California. Managing their three locations, Dr. Ireifej and his team successfully cared for dogs and cats in the Campbell, Mountain View, and San Jose areas.

In 2018, Dr. Ireifej joined TrueCare for Pets in the Los Angeles, California area as Chief of Specialty, where he was instrumental in morphing the after-hours and weekend emergency hospital to a successful 24-7 emergency and multi-specialty veterinary hospital. While the size of the hospital tripled, Dr. Ireifej instituted hospital-wide protocols, managed the surgery, internal medicine, and oncology departments, and became a leading force on social media platforms.

Shadi has been published in scientific and medical journals and enjoys lecturing to a variety of audiences. He is known for being a positive force and energetic force, both professionally and personally.

Dr. Ireifej will be discussing hyperthermia and hypothermia in canines as it relates to established information as well as the latest findings in the medical literature focusing on risk factors, diagnosis, treatment and prognosis.