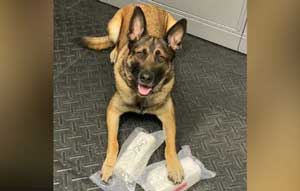 An officer had stopped a rental vehicle for a traffic violation as it was pulling into the Holiday Inn Express on Clemens Rd. The occupants inside reportedly told the officer a suspicious story about being in town from Idaho to “take pictures.” Read more