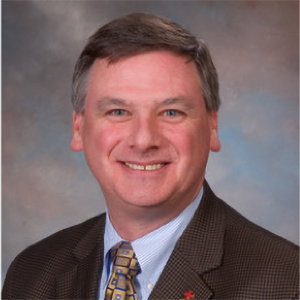 Mr. Kelley has over 42 years of experience in the first responder community. He is a 28-year veteran of the Arlington County, VA Fire Department. He retired in 2006 as an Assistant Fire Chief, Chief Fire Marshal and a certified law enforcement officer. His last 20 months he was also the Chief Building Official. Mr. Kelley was a nationally registered EMT paramedic for 18 years and founder of the Department’s Technical Rescue Team. He was the County’s first certified fire protection specialist and certified fire and explosives investigator. His last six year he was also a certified bomb technician and commander of the Department’s bomb squad, which was responsible for such facilities as Reagan National Airport, The Pentagon, CIA and National Foreign Affairs Training Center.

Mr. Kelley was one of the two key incident commanders on the scene at the Pentagon on 9-11 and throughout the event. He later testified before the 9-11 Commission in New York City regarding Arlington County’s response efforts on April 1, 2002; and he has presented at hundreds of meetings and conferences regarding this event.

After retiring from Arlington County, he joined the International Association of Fire Chiefs (IAFC) in 2008. One of his responsibilities was to serve on the Emergency Services Sector Coordinating Council (ESSCC) for Infrastructure Protection (IP) in DHS serving as vice-chair from 2008 to 2012 and serving as chairman for 2012 to 2014. In this role Mr. Kelley represented 3.2 million first responders nationwide. One of their core missions is safe response to bombing and active shooter incidents. In this role he sat on several sub-committees to include Cyber Security; Access, Credentialing and Re-entry; Medical Countermeasures; Active Shooter Response; Blue Campaign (Human Trafficking).

Prior to joining the NCCAD team fulltime in OBP, he was an Adjunct Professor/Instructor on terrorism and explosives for 19 years at New Mexico Tech University in Socorro New Mexico. He was also a NCCAD Facilitator and worked on the Multi-Jurisdictional IED Security Planning (MJIEDSP) assessment program, and the Bomb Making Materials Awareness Program (BMAP) for the retail industry.

Class: Does Your Explosives Detection K-9 Have Everything it Needs?

Mr. Kelley will review all of the programs offered by the Office for Bombing Prevention (OBP), and why it is necessary for Explosive Detection Canines (EDC) to be registered in the National Counter-Improvised Explosive Device Capabilities Analysis Database (NCCAD) program.