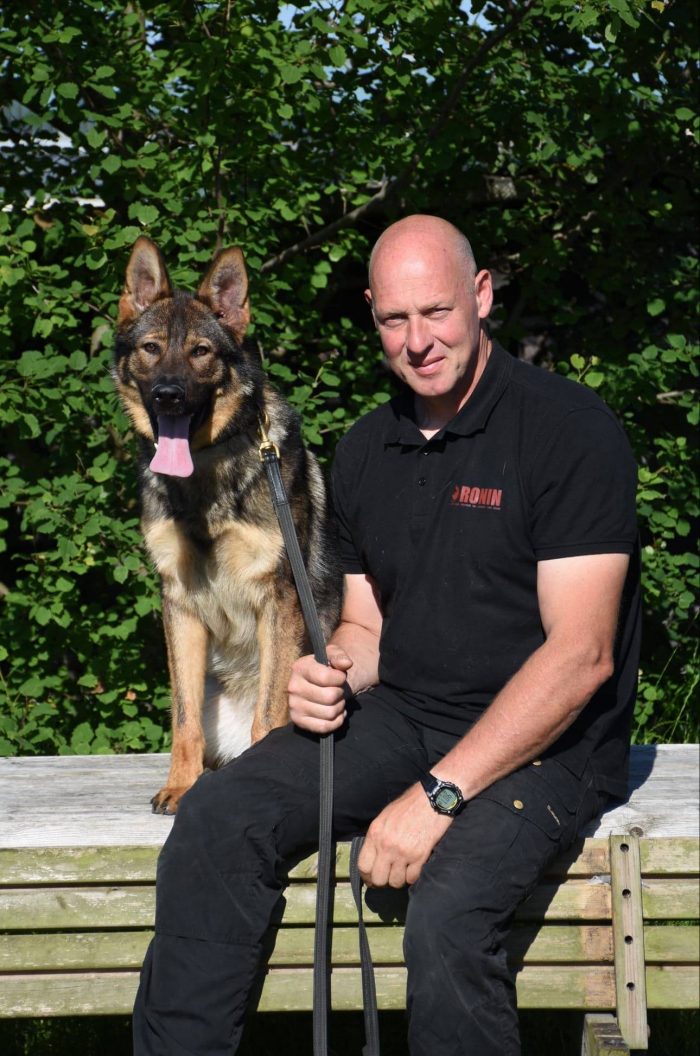 Being born and raised in Holland where professional K-9 training is a significant industry, Ron Ligtenberg was immersed in the working dog culture at a young age. He began working dogs at the age of 12 years old, training his personal Malinois and subsequent K-9s (all Malinois or German Shepherd). As his passion for dogs grew, he had the opportunity to enter dog sports such as Schutzhund, IPO, KNPV and Bond van Diensthonden.

At the age of 17, Ron joined the Dutch Navy, becoming a diver until he completed his service and entered the commercial diving industry. While traveling the world with his diving career, Ron found himself not only wanting to continue to work a dog but also to completely understand what truly drives a working dog. He studied under many of the top trainers in the world observing the evolution of behavior to form his own methodology and found his company, Ronin Dog Training.

The Ronin Method was developed on the natural instinct and drives of the dog but more specifically, the working dog for police and military. Ron’s distinct way of decoying and tracking allowed departments and handlers to see an exponential increase of success rates in real world applications. The Ronin Method has been applied to all dogs that go through his program and because of the dissatisfaction in available dogs to purchase by vendors in Europe, Ron then developed his own breeding program, allowing him to proudly stand behind his 3-year health and workability guarantee. All puppies out of the Ronin Breeding Program begin training at a very young age and are exposed to extensive environments in their daily life before being placed with a handler. Although Ron runs his founding company in the Netherlands where he has his puppy program and trains K-9s to certification level, he also has a facility in Old Fort, Tennessee which is located in the southeast part of the state. The U.S. based operations is where trained dogs are transitioned to their new handlers as well as where police/military K-9 workshops and classes are held.

In the stressful environment associated with law enforcement, high risk engagement with a perpetrator can be mitigated when properly utilizing the working K-9. In this class, Ron Ligtenberg highlights three main areas enabling handlers to formulate a tactical procedure that will bring more success to teams.