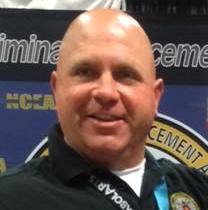 Jim is a 31-year police veteran canine handler/trainer who has been involved in the blasting industry since the 1980s. He works in the Science and Technology Field and is involved in explosives research. He has worked throughout the United States, Europe, and the Middle East. Ljunggren was an Explosives Odor Detection canine handler and deployed at the Boston Marathon Bombing in 2013. He is the Homemade Explosives and Post Blast instructor for the Massachusetts Department and Fire Services Training Program.
This training program is designed to provide participants with the knowledge of explosive odor imprinting of detection canines with the correct energetic materials to enhance the effectiveness and capabilities of their canine teams. The training allows the handlers to understand the science involved and the ability to locate target odors during a canine search operation. This program also enhances the canine handler’s knowledge of how to search for and locate secondary devices in the post-blast area.