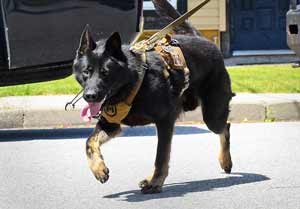 A 32-year-old man is facing charges in two New Year’s Day break-ins in Burnaby after a police dog sniffed him out in an unusual hiding spot.

Burnaby RCMP were called to the 6600 block of Waltham Avenue for a report of a break-in at about 4:30 a.m. on New Year’s Day, according to media spokesperson Cpl. Mike Kalanj.

Shortly after officers arrived at the house, he said police got another call about a second break-in a couple blocks away on St. Charles Place. Read More