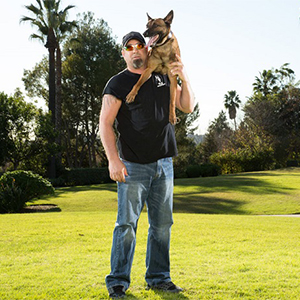 Bobby served as a police officer for 9 years in Connersville, Indiana where he was a member of the K-9 Unit and worked a Dual Purpose Narcotic dog on patrol and as a team leader for SWAT. Bobby is an NNDDA certifier, a graduate of VLK Trainer’s Course and has been a guest instructor for VLK on numerous occasions from 2000 – 2003. In January 2004, Bobby became a full time trainer. He has judged K-9 competitions and instructed seminars in several states to include Tennessee, North Carolina, Utah, Indiana and Ohio. Bobby has traveled to Afghanistan training Afghan handlers on VLK bomb dogs.

CLASS: Building Search: Utilizing the Canine in Tactical CQB with a Team

This class will discuss training the K-9, handler and team to work together as a pack while tactically clearing buildings. Stressed will be the importance of the K-9’s ability to work in front, with and behind the team (The Pack Mentality) so team members can focus on the threats that arise. We will also talk about the importance of K-9 selection for SWAT vs the road.