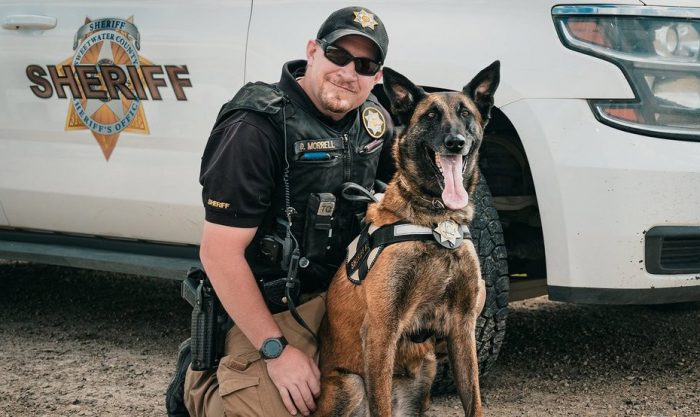 A missing four-year-old boy is safe and sound after being rescued by a police canine in Rock Springs, Wyoming.

According to Sweetwater County Sheriff’s Office, deputies responded to the 900 block of Jefferson Avenue to assist Rock Springs Police Department in locating a missing child on Sunday evening.

The boy’s mother reported to police that he wandered out of the yard while playing with their dogs. She was out looking for her son, but couldn’t find him and he had been missing for approximately 15 to 20 minutes, according to Sweetwater County Sheriff’s Office. After providing a physical description to police, the mother also advised them that he has possible developmental disabilities that inhibit his communication skills. Read More