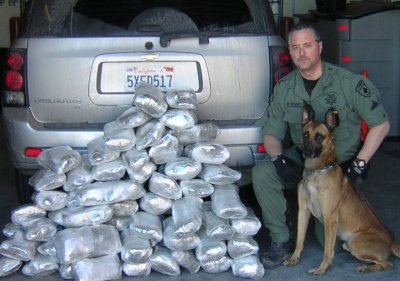 Ed is the owner of Code 2 K-9 Services LLC in Omaha Nebraska.

Ed spent over 30 years in Law Enforcement, 18 years as a K-9 handler and Supervisor. Ed handled seven K-9s during his career that were trained for Narcotics Detection, Patrol, and SWAT.

Prior to K-9, Ed spent over five years working undercover in a Narcotics Task Force purchasing illegal drugs and guns from Outlaw Bikers, Gang members, white Supremacists and many other characters. The undercover work provided Ed with invaluable experience that would enable him to read, understand and communicate with some of the most dangerous criminals that officers encounter.

The Undercover assignments along with a stint with the Gang Unit Task Force prior to Ed’s years as a K-9 Deputy, Sergeant and Trainer would provide invaluable experience’s and aide in the recognition of major criminals.

Ed personally seized over $7 million in drug related currency and thousands of pounds of illegal drugs, along with numerous major criminals including Terrorists while a K-9/ Interdiction Deputy and Sergeant.

Class: Criminal Interdiction – Success on the Street and in the Courtroom