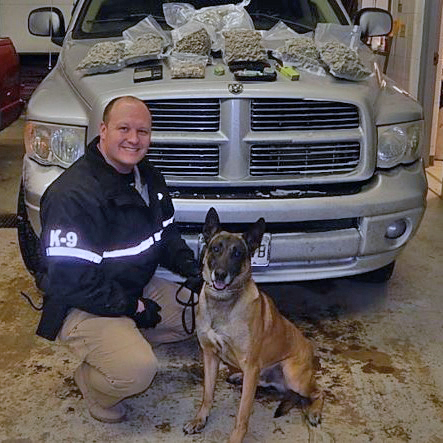 Mike is an instructor for Code2 K-9 Services, LLC.

Mike is a full-time Deputy Sheriff for the Corson County Sheriff’s Office in North Central South Dakota where, in addition to his regular duties, he is assigned as a Task Force Officer/K-9 Handler for the Northern Plains Safe Trails Drug Enforcement Task Force. Mike is also currently a member and team leader for the North Central South Dakota Multi-Jurisdiction Criminal Enforcement Team. Mike has been a certified Narcotic Detector Dog Handler since 2009 and Drug Recognition Expert Since 2017.

Since beginning his career in 2006, Mike has conducted thousands of traffic stops and consensual encounters which have resulted in countless drug, weapon, impaired driving and wanted person arrests.

Class: Criminal Patrol in Rural Areas – From Farming to Felonies

During this interactive course, Mike will discuss: